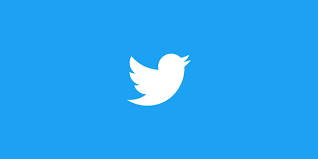 It’s well understood the Rays are playing very hot baseball, which led to the digging to see how they further perform as Home Favorites.  We found the Rays are 7-1-1 on the UNDER playing as a Home Favorite with a high total (9.0 or higher) in their last 9 situations; as they’re 5-1 to the UNDER with a high total (9.0 or higher) with a righty on the mound since mid last season. A situation I track closely with all teams is when they come off Home Favorite Loss and starting a new series as a Home Favorite.  The Rays hold a 74% on the UNDER in this situation since 2015, good for four in a row. This line is exactly dead on though, as the Nationals are 2-7 SU in the last 9 Anibal Sanchez starts, allowing 6.0 runs on average in those nine starts. It gets worse for Sanchez, as he’s 6-20 SU 23% in the last five seasons pitching as a Away Dog with a total of 9.0 or higher. Though Sanchez does favor the UNDER tonight as he faces a team coming off a favorite loss and pitching on the road; where the under 7-1-1 in the last nine situations.

Top SDQL: Nationals are 22-7-2 76% on the UNDER as an Away Dog in the First Game of the Series and both pitchers are righties.
Play: Under 9.0

There’s no hiding it: The Red Sox are 21-9 70% Straight Up in the last 2.5 seasons playing as an Away Dog vs non-divisional opponents (26-4 86% to the RL). I found it interesting though the Red Sox are the only team in the MLB to pick up a win this season in the First Game of a Series vs a non Divisional opp (0-5). Checking the same Situation on the Miami showed the Marlins are 7-17 SU at home in their last 24 non-divisional opp games. If you’re a true baseball gambler, you’d know this is Sandy Alcantara’s first TRUE FAVORITE start in 42 professional starts, which is insane.  Giving Alcantara is only 40% SU lifetime at home, make those Boston odds even much more valuable.

It’s crazy to say the Pirates are a blind 70% fade this season, holding a solid 10% ROI.  While the Reds are not even close to that category, they’re simply not holding up the expectations.  Though, they’re 5-2 SU in their last 7 games, as well as 5-2 in starter Michael Lorenzen’s last 7 starts. Let’s note the Reds are 11-3 on the OVER in their last 14 Home Divisional games, though 3-10 in their last 14 home favorite games with a high total (9.0 or higher). The Pirates are also favoring our OVER Situations; as the OVER is 9-2 when Joe Musgrove is pitching as a Dog vs a Starter coming off a win. (Musgrove 8-3 to the Over L11 Away Dog starts). Musgrove is also 64% lifetime to the OVER pitching Away with as a favorite or small dog (no bigger than +140).

TOP SDQL: The Reds are 0-7 the last seven times they were on 3 Game Winning streak.  Historically don’t get that fourth win; another let down spot.

Here we'll focus on a starter who worked less thanfour innings in each of his late two starts. It's important to notice we'll be playing ON this team, not against. This situation holds a beautiful 20.6% ROI in the last three seasons with the record line looking like this: (system link)

This is important to check when you're about to back a favorite. The focus team in this situation value is thrown off due to the Pitchers previous two rough starts. Most pitchers rebound is why were getting nice numbers on teams.  We'll be keeping track of this one here:

Coming off a Road Favorite Loss

We'll be FADING 6 teams this year when they're rested underdogs +130 or more, coming off a game where they had 8 hits or less.

opponent left fewer than ten men on base

The Top 6 teams below hold great records playing as a favorite more than -130 after a game inwhich their opponent left fewer than 10 on base.
Weather it's far fetched to some, these records go back only three years and if you go back farther the records only get better (system link)

We'll be tracking here the Twins, Yankees, and Indians home games when they fall under this situation.

Note the most Top 3 Most Profitable Away Dogs in the last three seasons;
1) Braves, 2) Nationals, 3) Brewers

...playing in the First Game of the Series (FGS), the top 3 profitable teams were: Astros, Rays, Dodgers
...playing in the FGS, facing an starter with a ERA to date of 4.50 or greater: The Royals were undefeated on the over in this situation last season, as they're also a MLB best over the last 3 seasons at 20-8-2 71% on the OVER.

Teams coming off B2B 9+ hit games and playing as a Favorite; over the last three seasons (since 2017)
Only two divisions in the photo / last three years are +Plus money